Cardiff scientists visit at SynCat@Beijing, and an accepted paper….

October 15, 2015. Prof Graham Hutchings briefly visited SynCat@Beijing on October 15, together with his hosts Profs Ma and Liu of Peking University. After a tour of the building the guests had Dinner with the Cardiff alumni and staff at the Cineaste Hotel. 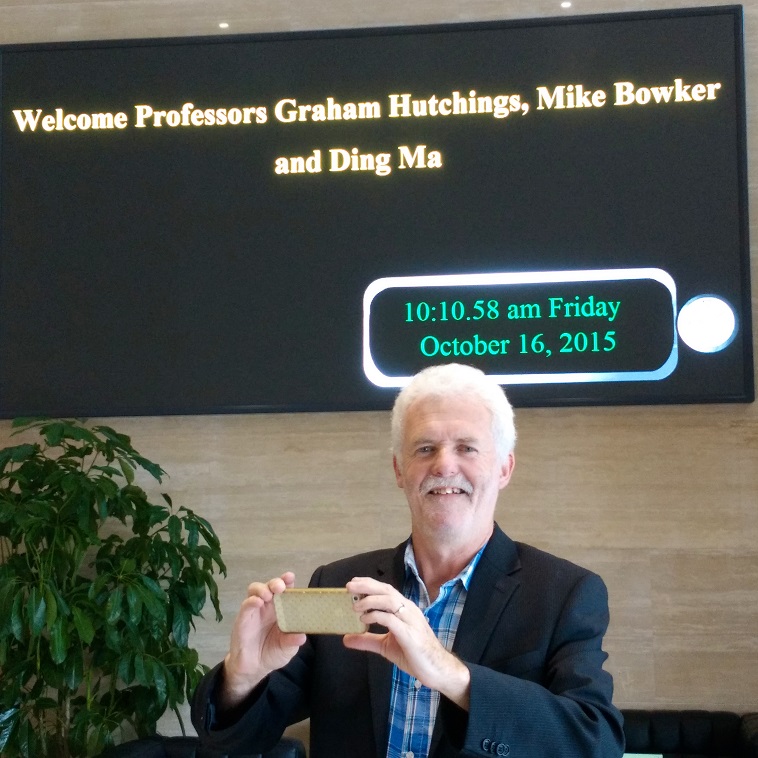 Prof Bowker arrived the same evening, to stay at SynCat for a week and teach at the first Catalysis School of the SynCat Academy.

The visit illustrates the excellent relations between the Cardiff Catalysis Institute, where also Hans Niemantsverdriet holds a guest professorship, and SynCat@Beijing. This week a manuscript on photocatalysis with scientists from Cardiff, Arhus, and SynCat, with Ren Su as the lead author was accepted by Applied Catalysis A. 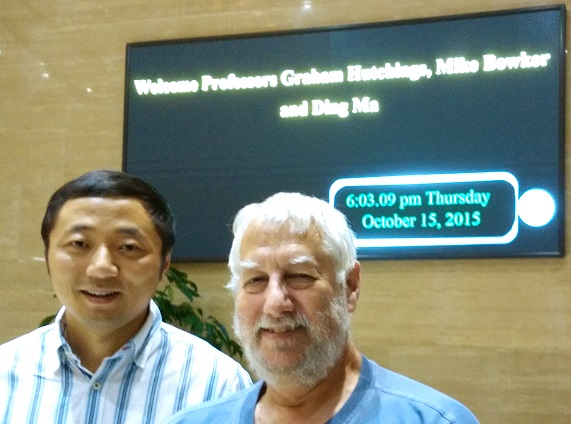