SynCat@Beijing is the Synfuels China Laboratory for Fundamental Research on new materials, catalytic surfaces, and on novel ways to produce clean fuels and chemicals from coal-derived synthesis gas or other sources in the future. We strongly believe that scientific insight at the atomic and molecular level forms the key ingredient for to future technological improvements.

At SynCat@Beijing, a young internationally oriented team works with state-of-the-art equipment in surface science, material science, electron microscopy, diffraction and spectroscopy on subjects like Fischer-Tropsch Synthesis, and the novel routes for producing commodity and specialty chemicals, e.g. by photocatalysis. Although the focus is on experiments, many projects occur in close collaboration with the computer modelling group at Synfuels China’s research department. In addition, SynCat staff often cooperates with renowned research groups in China, such as Soochow University, Peking University, and Shanghai Jiao Tong University, or abroad, such as the Dutch laboratory SynCat@DIFFER of Syngaschem BV in Eindhoven, the iNano Institute at Arhus University in Denmark, and Cardiff University in the UK.

SynCat@Beijing has organized several specialist catalysis workshops as well as a scientific leadership course in the framework of the SynCat Ac@demy.

SynCat@Beijing has attractive postdoctoral positions available for internationally oriented candidates with a background in surface science and microscopy (see the tab “Vacancies”). 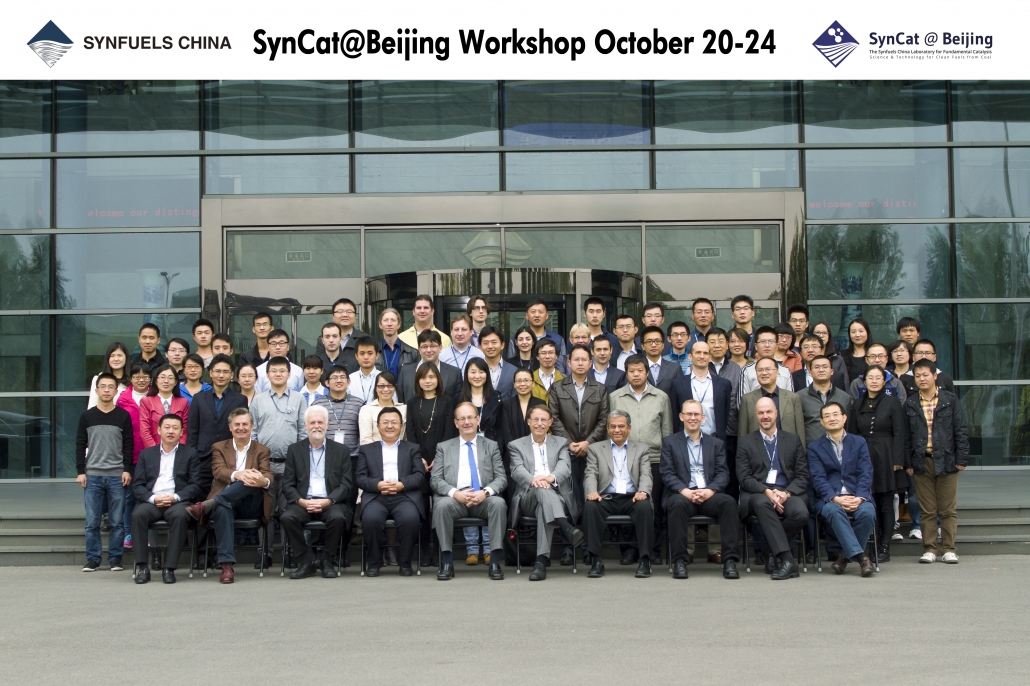