On this page, our individual researchers take the opportunity to present highlights of their work in a broader context. 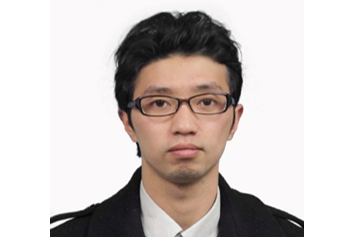 Polyethylene is a widely used plastic in the manufacture of films, containers, fibers, and pipes. Its annual output exceeds 100 million tons, which is the largest raw material for plastic products in the world. Polyethylene is produced by the polymerization of ethylene in two main ways: free radical polymerization and catalytic polymerization. The free radical polymerization method is well known in high school textbooks, but it requires harsh conditions of high temperature and high pressure. In 1953, German chemist Ziegler used the main catalyst of titanium tetrachloride and the initiator of alkyl aluminum to catalyze ethylene polymerization, which made the production conditions of polyethylene no longer harsh, thus ushering in the era of artificial large-scale synthesis of polymer plastics, and won the Nobel Prize in Chemistry in 1963. Afterwards, Philips company invented the chromium-based catalyst, which no longer needs an initiator, and has become the mainstream catalyst to produce high-density polyethylene, producing about 30 million tons of high-density polyethylene annually. However, compared with the vigorous development of Philip’s catalysts in the industrial field, how to achieve chain initiation without initiators still puzzles the scientific community.

In the mid-90s of the last century, Prof. Hans Niemantsverdriet and his coworker Dr. Peter Thüne began to study ethylene polymerization by planar models of the Ziegler-Natta catalysts, Cr/SiO2 catalysts and anchored organometallics, which have mainly addressed the chemical states of the active species and the morphologies of the polymers in their early stages. Prof. Hans Niemantsverdriet and Prof. Yongwang Li jointly established the laboratory of SynCat@Beijing in 2014 to re-launch research on surface science. Now the researcher Dr. Xiong Zhou in SynCat@Beijing with his colleagues together achieve the visualization of on-surface ethylene polymerization at the molecular level for the first time, with the collaboration of the research group of Prof. Kai Wu from Peking University, which is published in the journal Science on 2022 March 11th.

Fig. 1. LT-STM (10 K) images of the carburized Fe (110) surface. (A) The parallel domains of variable widths (light blue) separated by narrow boundary stripes. (B) The approximate rectangular unit cell within the domain. (C) Atomically resolved STM image with superimposed structure model.
Then, in situ STM images of the carburized Fe(110) surface under 1 × 10-8 mbar C2H4 at RT were continuously recorded at a speed of one frame per 35 s (Fig. 2). Initially, protrusions appear and nearly exclusively locate at the boundary. Some chains directly grow from the protrusions, implying that these boundary-anchored species are the initiators for the polymerization. The number and length of the chains increase as the reaction proceeds. One end of the polyethylene chain is always anchored at the boundary, and the other end is creeping and growing, showing typical unidirectional growth characteristics. It is also noticed once the polymerization is initiated, its subsequent chain growth becomes quite fast, which echoes the characteristics of the chain-reaction polymerization mechanism. The research team then systematically carried out low-temperature STM characterizations and DFT calculations to clear identify the surface species and reaction sites. All information fits the scenario that a C2H4 molecule be inserted into the initial CHCH3 intermediate at the triangular site to form a chain. This explains the PE formation via ethylene self-initiation over the Phillips catalyst without the necessity of an activator.

This achievement confirms the molecular insertion mechanism of ethylene polymerization, reveals that ethylene molecules achieve self-initiation through isomerization in the absence of an initiator, and clarifies the academic debate on the chain initiation process on Philip’s catalyst. In addition, this study utilizes the interaction between polyethylene and catalyst to terminate the polyethylene chain at a specific length, thereby greatly improving the product chain length selectivity and providing a control method for the product chain length distribution.