July 2016 is conference month for the SynCat Staff, with three catalysis meetings in a row, namely the SynCat Symposium at SynCat@Beijing on July 1, the 16th International Catalysis Conference ICC-16 in Beijing, July 3-8, and the Syngas and Methanol Conversion SMC-2016 in Huairou, July 9-12.

The SynCat Symposium opened the series with a one day meeting in the Einstein Class Room, which was attended by 50-75 attendants. Synfuels General Manager Yong-Wang Li opened the event with an interesting perspective on Chinese science policies, where he mentioned the intentions of the government to go in the direction of large research institutes focusing on innovation. Next, SynCat director Hans Niemantsverdriet introduced the SynCat Organisation, including its Academy.

Photo on the side – The speakers at the SynCat Symposium of July 1, 2016. From left to right: Jose Gracia, Armando Borgna, Hans Niemantsverdriet, Mike Bowker, Kees-Jan Weststrate, Michael Claeys, Qi Long (presented a biomass processing seminar on June 30) and Fabio Ribeiro.

The scientific session started with Fabio Ribeiro from Purdue University, who talked about selective catalytic reduction of NOx by urea on copper-chabazite zeolites. Next, Armando Borgna, as head of the catalysis division of the Singaporean Institute of Chemical Engineering Sciences, presented an overview of ongoing research. He is also the proud coordinator of an in situ beam line at the synchrotron. After lunch, Michael Claeys (University of Capetown, and c*change) addressed particle sizes in the Fischer-Tropsch reaction in a comprehensive way, while Kees-Jan Weststrate of SynCat@DIFFER, Syngaschem BV, discussed his surface science work on the FTS mechanism. Photocatalysis for H2 production was presented by Michael Bowker from Cardiff Catalysis Institute, after which SynCat’s Jose Gracia presented his recent views on design rules for perovskitic oxygen evolution catalysts. The symposium was ended by Xiaodong Wen of Synfuels China with a theoretical study on iron carbide structures in the FTS. It was a long, but very relevant program, which was enjoyed by many participants.

The day ended with a Dinner in the Cineaste Hotel, and karaoke by a group of dedicated diehards including the guests Armando Borgna and Michael Bowker, the last one famous for his renditions of Beatles songs and Golden Oldies from the 60s and 70s. Also Tingbin Lim and Raquel Robles made an impression with their interpretations of 21st century songs.

On Saturday, the guests made a tour to the Hong Luo Temple in the hills near Huairou, after which they were brought to their hotels in Beijing. 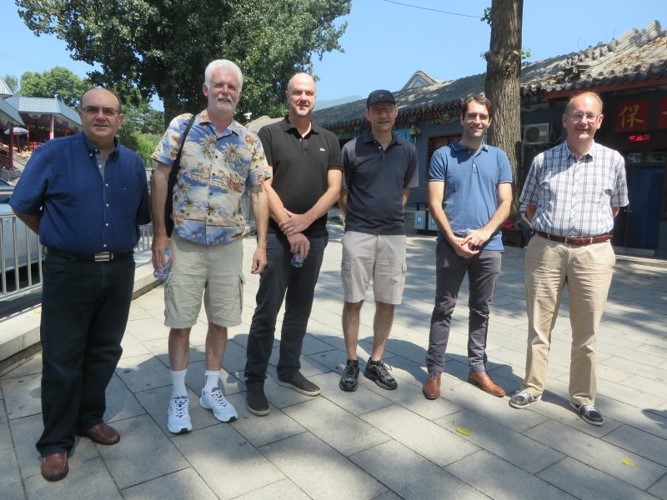 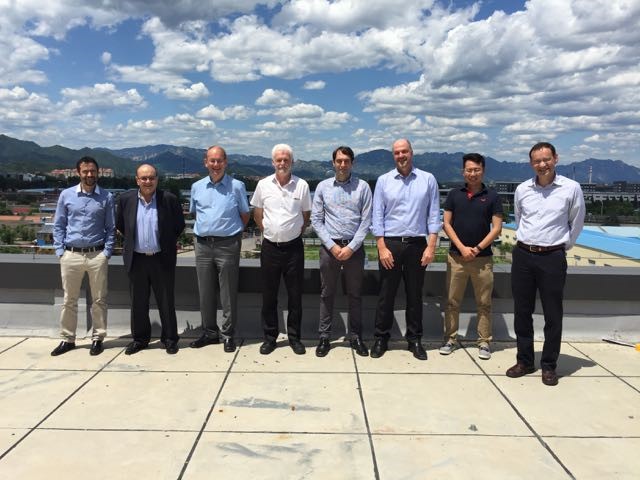 SynCat@BJ at the International Conference of Catalysis and the Post Conference...
Scroll to top