SynCat@BJ at the International Conference of Catalysis and the Post Conference on Syngas and Methanol Conversion.

The ICC-2016, held from July 3-8 in the Chinese National Conference Center at the Oympic Grounds of Beijing, was attended by 2500 participants. The event was perfectly organized under the direction of Professor Can Li of Dalian, and greatly enjoyed by participants from all over the world.

Photos on the side: Yunzhe Jiao (left), Yanbin Shen and Ren Su with a passer by (right) in front of their ICC-2016 posters.

The Fischer-Tropsch sessions, which extended over 1.5 day, were one of the highlights of the conference, with all the major international research groups in this area appearing in the program. Kees-Jan Weststrate from SynCat@DIFFER presented his recent surface science studies on the mechanism of the Fischer-Tropsch synthesis for a large audience of at least 350.

A cultural highlight of the 16th ICC, which celebrated its 60th anniversary was the Conference Dinner, with an impressive video showing the history of the ICCs since 1956, with several authentic recordings of famous speeches, as well as some video messages from champions of catalysis. Many foreigners were fascinated by the performance of Peking Opera Stars, which ended this festive evening.

On July 10 and 11, the Institute of Coal Chemistry and Synfuels China together organized a post conference on Syngas and Methanol Conversion, in Beijing/ Huairou. Here, Hans Niemantsverdriet presented a plenary lecture in a program, which featured Bert Weckhuysen from Utrecht, Aditya Bhan (Minnesota, USA), Dragomir Bukur (Texas A&M Qatar), Unni Olsbye (Oslo) and Michael Claeys (Capetown) as the other plenary speakers. This rather focused conference had about 150 participants, with about 25 coming from overseas. The meeting was conducted at the new Yanqi Lake Campus of the University of the Chinese Academy of Sciences in Beijing/ Huairou. 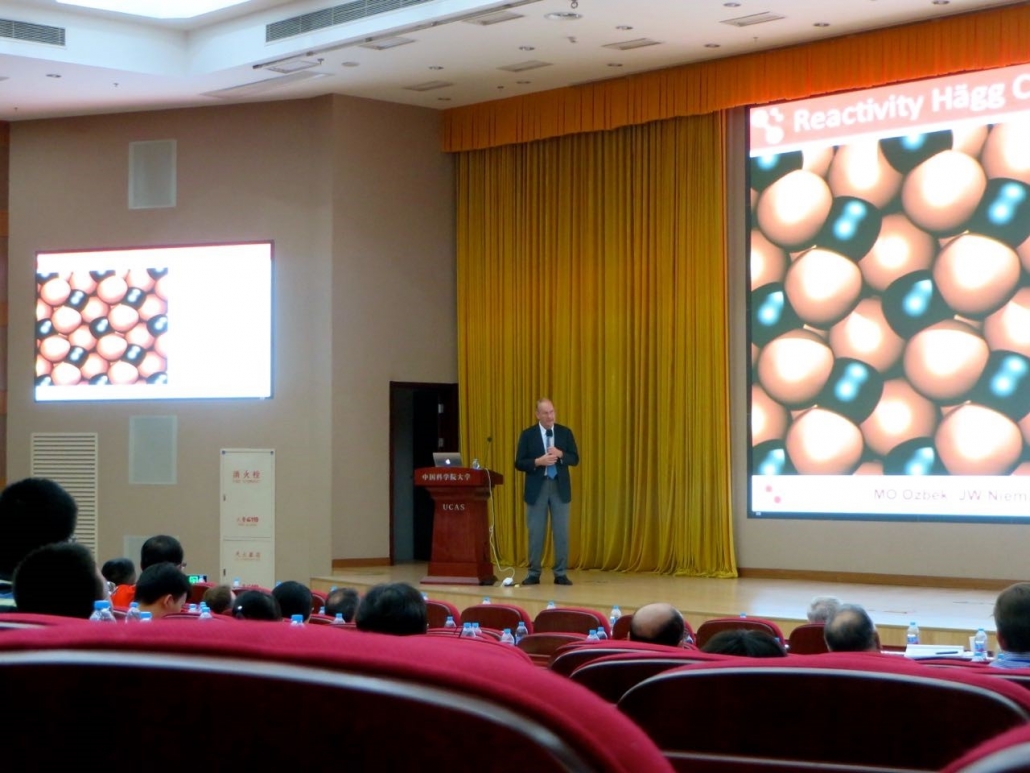